The experience of many experts in the mental health industry is that “religion improves recovery from mental illness”, said the Chief Executive Officer of the Institute of Mental Health (IMH), Adjunct Associate Professor Daniel Fung – which is why any effective strategy to promote mental health should embrace the role of religion, he said.

“What we’ve seen is that religious coping actually improves the quality of life.”

The Zoom seminar – which had all 1,000 registrations filled up by pastors, church workers and mental health professionals – aims to raise understanding in the Church to help deal with mental health issues.

Sharing the results of a study conducted by IMH that looked at the role of religion in coping with mental illness, Prof Fung said: “What we’ve actually seen, based on this study at least, is that religious coping actually improves the quality of life.”

For example, he cited that individuals with psychosis “actually benefit from greater community support and collaboration between clinical and religious community-based organisations, in terms of overall integration as well as quality of life”.

This underscores the importance of embracing a holistic approach – with the Church and mental health services working in tandem to care for those with mental illness.

“This is important to the recovery process,” said Prof Fung.

Perception and prevalence of mental illness in Singapore

Mental illness is the experience of a disease in the brain while mental health refers to a state of well-being with an absence of mental disease, explained Prof Fung as he talked about the lack of understanding in Singapore of those suffering from mental illness.

There is a “stigma and discrimination that we have for people and persons suffering from mental illnesses and, sometimes, mental health problems”, he said.

“Hospitals see the people who are very ill. What we really want is to prevent mental illness and promote mental health.”

“Presumably, when a person with mental illness comes to the church, we might even be a little afraid, not knowing what to do.

Apart from this perception gap, there is also a treatment gap. More than 75% of people do not get the medication they need for their mental illness, he said, while only about half of those who seek help see a psychiatrist.

“That means people have the illness for quite a period before they get help,” said Prof Fung.

The reality is that mental illness is an issue in Singapore. According to a 2016 IMH study, 13.9% of people in the country will develop mental illness in their lifetime. The global figure is 20%.

Against this backdrop – and with a clear understanding that religion improves recovery – IMH has developed a strategy for 2020 and beyond, said Prof Fung, one which involves improving mental health understanding in the community.

The aim of the strategy is to build resilience and happiness, and to invest in mental wellness to prevent mental illness. This involves:
• Instilling hope in patients;
• Developing care that focuses on recovery;
• Collaborating with patients and their caregivers for better care delivery;
• Ensuring the care delivery is timely;
• Keeping the patients in the community rather than in hospitals if possible; and
• Using science better, with data and technology to transform care.

“One of the things that we want to work towards is recovering hope and independence for our patients,” Prof Fung said.

And that’s where religion has a key part to play, he said.

“I’m sharing (the IMH strategy) with you because you are a stakeholder,” the IMH CEO told the Zoom audience, which included a sizeable proportion of hundreds of pastors and para-ministry staff.

“We wanted to build a relationship with our stakeholders – pastors, churches and so forth – and co-create a better solution that will lead to recovery, hope and independence for patients, wellness, resilience and happiness to the people of Singapore.”

For example, a patient’s religion and spiritual history should be taken into account when dealing with mental illness.

Building the relationship between the Church and medical professionals is important because it addresses the issue further upstream, he said. Hospitals such as IMH always end up with “crisis care because it is very downstream” – the unfortunate escalation of an unaddressed issue.

“We see the people who are very ill. What we really want is to prevent mental illness and promote mental health,” said Prof Fung.

“You have children and your families. They are really the source of a lot of mental illness and the risks associated with it,” he said, citing studies which found that 63% of the population has experienced adverse childhood experiences, which often result in mental rather than physical disorders later in life.

“If you can reduce the average population risk, you can really promote the mental health of our country. I include pastors because you’re really in the preventative side of the house,” he said.

“Psychiatrists would be lower downstream (in addressing a mental health issue).

In tandem: New book of poems and collages displays healing hand of God 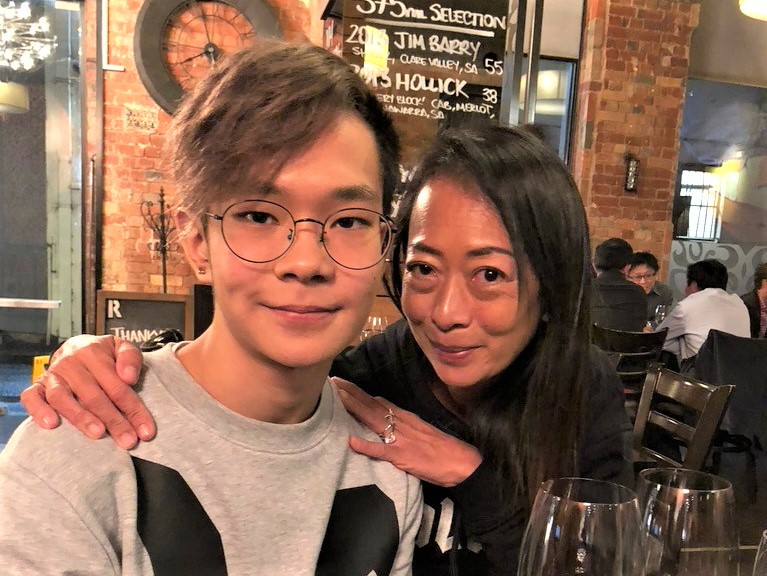 Her son took his own life, she would not let others do the same

Soul anchors: From languishing to flourishing She was a Zoom novice, but God multiplied her online ministry from 50 to 500 in 10 months