Photo by KOBU Agency on Unsplash.

“All of the great leaders have had one characteristic in common: It was the willingness to confront unequivocally the major anxiety of their people in their time.” (John Kenneth Galbraith)

Whenever God wanted to get something done, He raised up a leader. That leader was often not a person in a leadership position or one who had the title of a leader.

In fact, God often overlooked those who, to the logical mind, seemed to be more suited to the leadership position in question.

The crisis doesn’t make a leader, it reveals leaders and their character.

Samuel was commissioned by God to anoint a king who would ultimately replace King Saul who had been rejected by God for disobeying God’s instructions. God said, ”I have chosen one of his sons to be king.” (1 Samuel 16:1)

Samuel’s obvious choice was Jesse’s son Eliab. But the Lord said to Samuel, “Do not consider his appearance or his height, for I have rejected him. The Lord does not look at the things other people look at. People look at the outward appearance, but the Lord looks at the heart.” (1 Samuel 16:7)

Jesse presented seven sons to Samuel, all to no avail. When asked if he had any other sons, Jesse replied, “There is still the youngest. He is tending the sheep.”

When David finally arrived, God spoke to Samuel, “Rise and anoint him; this is the one.”

What an amazing turn of events. And even more so, when many more years would pass before David would replace Saul as king.

Not long after David’s encounter with Samuel, we find the Israelites at war with the Philistines. It was a time of crisis for the Israelites. A time that was ripe for a leader to rise up and courageously lead this “dismayed and terrified” army forward. That person should have been King Saul, but fear had overtaken him because of the intimidating giant Goliath, the Philistine champion.

Those who get the vision, get the job.

This is the situation that David encounters on one of his visits to his three oldest brothers who were serving in the Israelite army. It wasn’t long before David became aware of the Philistine giant Goliath who regularly stepped out to taunt the Israelites to a man on man duel (1 Samuel 17:24).

Israel’s army faced a great crisis. The soldiers were leaderless. They were overwhelmed with fear. And yet, a young, untrained shepherd boy would rise up to take up the challenge to singlehandedly take on Goliath and lead the Israelite army to a stunning victory.

This story has much to say to us about how a crisis can often be the very situation in which leaders rise up.

It is a timely message for us as we are, at present, living in a time of an unprecedented worldwide health crisis, the COVID-19 pandemic, and we would do well to be aware of the lessons that come to us from this incident in the life of David in 1 Samuel 17.

In times of crisis, leaders …

On hearing the challenge from Goliath for the Israelites to choose a man to meet him in a winner takes all duel, we read that “Saul and all the Israelites were dismayed and terrified”. The battle had been lost by a paralysed army with a leader who had been found wanting.

Unchecked fear had its consequences; one being that there wasn’t a leader to be found. A leadership vacuum existed that only God could fill.

The Israelites said, “Do you see how this man keeps coming out? He comes out to defy Israel.” (1 Samuel 17:25)

David saw differently. He said, “Who is this uncircumcised Philistine that he should defy the armies of the living God?” (1 Samuel 17:26) Leaders have perspective. They see through the eyes of faith what can be done in partnership with God and His resources.

David’s presence with a fresh perception of reality brought an angry reaction from his oldest brother who finished up saying, “I know how conceited you are and how wicked your heart is; you came down only to watch the battle.”

You cannot be free from a crisis by maintaining the status quo.

Leaders who emerge in times of crisis are more often likely to intimidate those who have surrendered leadership to the prevailing circumstances.

You cannot be free from a crisis by maintaining the status quo, you must take courage and lead your way out of a crisis.

Herein lies one of the differences between managers/administrators and leaders.

David’s reputation quickly spreads far and wide and King Saul calls for him. David immediately displays his leadership qualities and speaks to Saul, “Let no one lose heart on account of this Philistine, your servant will go and fight him.”

Defining reality doesn’t just give us right perspective, but also a courageous heart to step into a crisis and do something about it.

Or to put it another way, those who get the vision, get the job.

One of the great qualities that sets leaders apart in times of crisis is their ability to inspire hope in people.

Winston Churchill, the great British war time leader, was asked what it was that gave the British a winning edge over the Germans in the second world war. He replied that they had “HOPE” which no doubt flowed from his leadership.

A crisis reveals what is inside a leader. The crisis doesn’t make a leader, it reveals leaders and their character.

Leaders who stand up in times of a crisis usually can identify leadership preparation moments in their unfolding timeline.

And because they have been faithful in smaller things, God can entrust them with bigger things that arise in a time of crisis. Matthew 25:23.

Saul dressed David in his oversized armour and helmet and sword to which David replied, “I cannot go in these because I am not used to them.” Rather, David chose five smooth stones and his sling and then approached Goliath.

Most crises are unexpected and require strategies and decisions that are not bound by the practices and traditions of the past.

Today’s crises create new challenges that call for new and creative responses that are inspired by leaders who are in touch with the prompts of the Holy Spirit.

It is not surprising that Jesus’ opposition came from yesterday’s leaders who were bound by the traditions of the past and rejected the new wine and the new wineskin that flowed from Him in His ministry on this earth.

The two greatest enemies that a leader will likely face in a time of crisis are self-doubt and fear.

These two enemies had paralysed the Israelite army without an arrow being fired.

The two greatest enemies that a leader will likely face in a time of crisis are self-doubt and fear.

And now it is David’s turn and Goliath turns up the heat as soon as David arrives on the scene. Goliath looked down at David and despised him. He said to David, “Am I a dog that you come at me with sticks? Come here and I will give your flesh to the birds and wild animals.”

This is what is called a defining moment and this is where crises are either won or lost. Would David be led by his feelings or his convictions?

David’s convictions were based on a strong foundation that he had already built at such a young age. These convictions gave birth to great courage in his time of crisis.

David said to the Philistine, “You come against me with sword and spear and javelin, but I come against you in the name of the Lord Almighty, the God of the armies of Israel, whom you have defied. This day the Lord will deliver you into my hands, and I will strike you down and cut off your head. This day I will give the carcasses of the Philistine army to the birds and the wild animals, and the whole world will know there is a God in Israel.”

Crises can take us into situations that are beyond our experiences and resources but David’s convictions were not based on what he could do with his resources, but on what God could do with His resources.

The leader knows that there is a time to take decisive action and to step out.

Unbeknown to anyone else, David knew that it was for such a time as this that he must now seize the day. To delay could be fatal.

“Then the men of Israel and Judah surged forward with a shout and pursued the Philistines.”

What an amazing change in the hearts of the Israelite soldiers.

In one decisive moment, a leader who snatched victory from the jaws of defeat was born. The crisis became a moment of opportunity.

David was no longer treated with contempt and derision. He illustrates powerfully how the leader is defined as a person of influence.

12.  Live out of an anointing that comes from God

When God raises up a leader He supernaturally empowers and gifts that leader for the calling He has on his/her life. When the Lord told Samuel to rise up and anoint Jesse’s son David, what happened next was of critical importance.

“So Samuel took the horn of oil and anointed him in the presence of his brothers, and from that day on the spirit of the Lord came powerfully upon David.” (1 Samuel 16:13)

Sometimes it is in times of crisis that a gift emerges.

One of these gifts is the gift of leading (Romans 12:8) and how important it is to help those who have been given such a gift to discover that gift and develop and use that gift in the power of the Holy Spirit.

Sometimes it is in times of crisis that this gift emerges. It is quite possible to believe that without the Spirit of the Lord coming powerfully upon David when Samuel anointed him, that his encounter with Goliath might have resulted in a different outcome.

Surely it is time for us to remember that Christian leadership is spiritual leadership, anointed leadership and that those entrusted with the role of raising up leaders today need to be men and women who themselves are gifted leaders with an anointing from the Holy Spirit.

In times of crisis, leaders rise up to lead people out of the crisis. They don’t just manage the crisis. Crises will either reveal a leader or show up a leader as it did with David and Saul.

13. Are ordinary people who make themselves available to God to do extraordinary things.

Nelson Mandela wrote: “There is no passion to be found playing small – in settling for a life that is less than the one you are capable of living.”

And it is still true today. God prepared David for a life where he would become Israel’s greatest king. And David began his leadership emergence training program as a young boy shepherding sheep in an isolated countryside.

Perhaps God has His eye on you and is observing your unfolding life and is preparing you for a time of crisis where the Holy Spirit will stir in you and thrust you into a critical position of leadership.

When He does, remember:

In this season of crisis, don’t forget that the Father is at work and that this is often the climate where great leaders emerge. Rod Denton has served as a pastor and as a teacher in the development of emerging leaders in Australia and nine different countries across Asia with Asian Access. He now serves as a consultant for Rod Denton: Equipping The Next Generation. 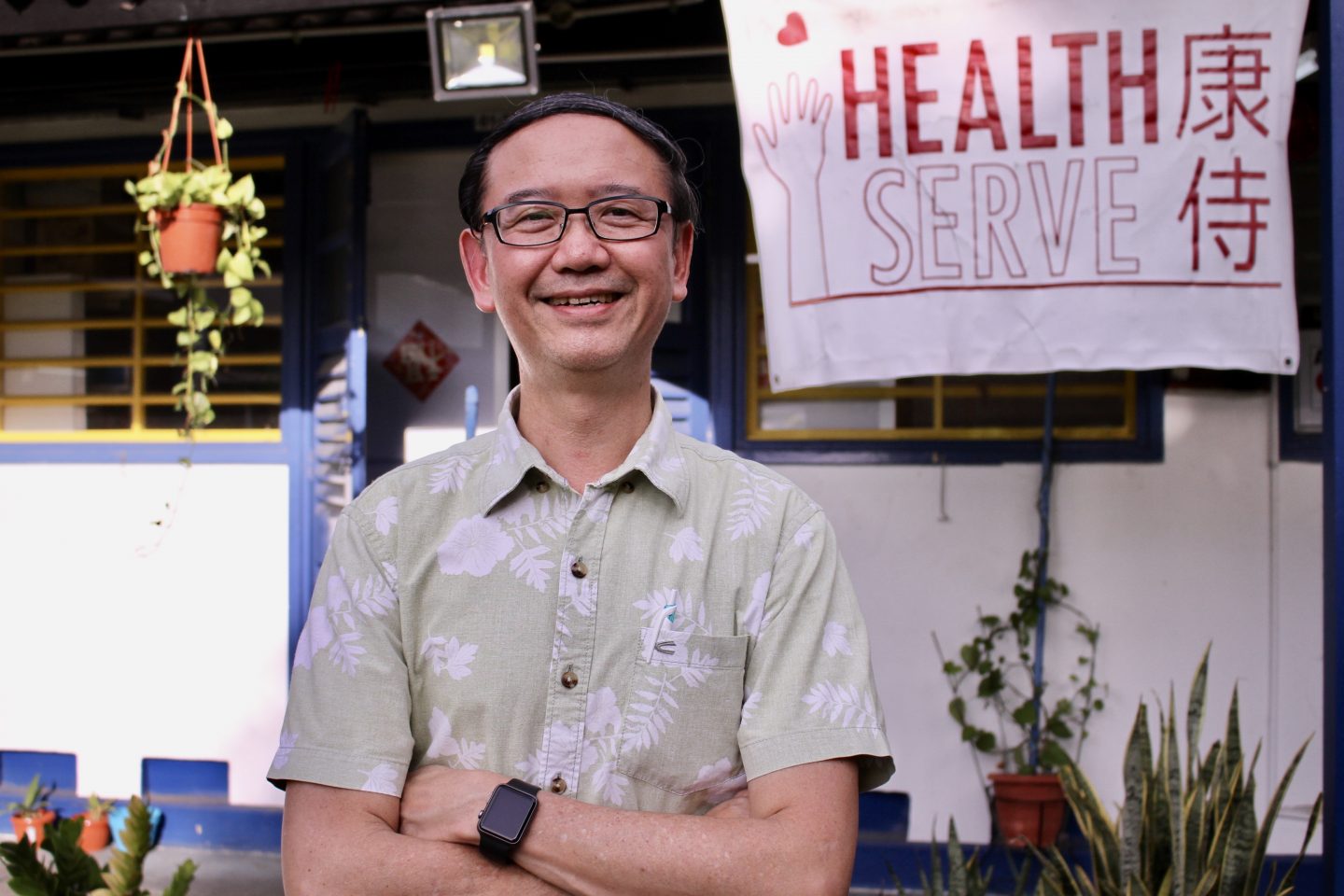