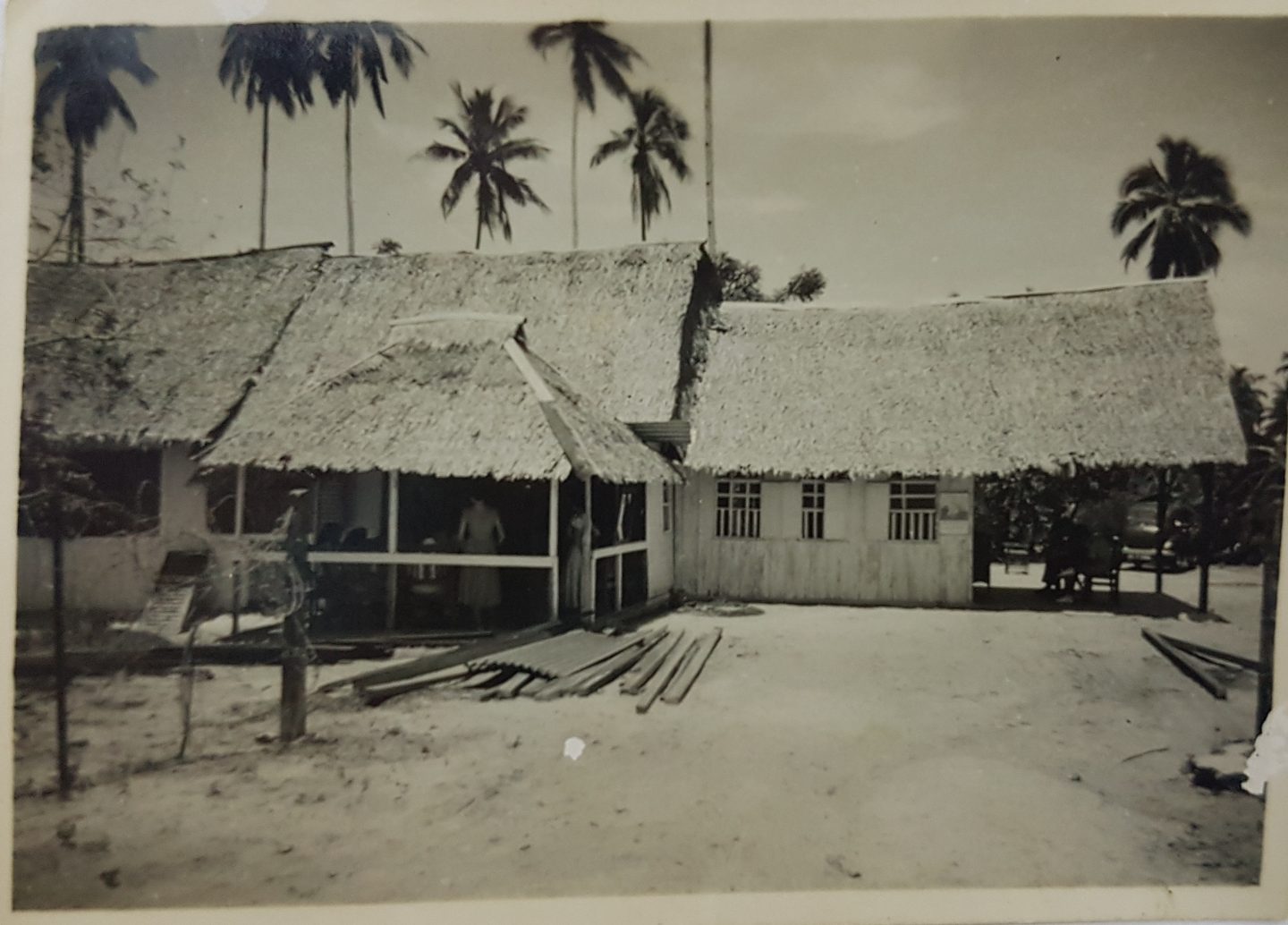 Did you know that Methodism in Singapore began with a dream of the Singapore harbour?

James Thoburn and William Oldham, founders of Methodism in Singapore, were received at the harbour on February 7, 1885, by Charles Phillips, who had been instructed in a dream to meet the two missionaries he had been praying for.

Here’s another nugget: MPH bookstores was originally a press for the Methodist mission, and used to stand for “Methodist Publishing House”. Telok Ayer Methodist Church was constructed in 1924 and is a national heritage site.

Telok Ayer Chinese Methodist Church is another archival treasure. It is gazetted as a National Monument, as the church building at Telok Ayer Street stood through World War II as a refuge for Singaporeans. It retains its unique architecture that blends Chinese and Western styles.

As the grand old dame that is the Methodist Church in Singapore celebrates its 135th anniversary, Salt&Light takes a walk through just a few corners of its rich history, and asks pastors what it means to them to be part of the Church.

The year was 1885. The seeds of Methodism in Singapore were planted by Dr James Thoburn and Rev William Oldham, missionaries sent out by the South India Conference. The land on which Wesley Methodist Church sits was a gift from the Singapore governor in 1907, in recognition of their contributions to society.

Wesley’s Fort Canning home was granted in 1907 by the Singapore governor then in recognition of the Methodist Church’s contributions to missions and education – notable then and continuing even today.

When asked what makes him a Methodist, Rev Benjamin Lee, a pastor at Wesley, says: “I became a Methodist because this is where God anchored me in His Word after a season where I went to different churches. I stayed a Methodist because I see fellow Methodists desiring and encouraging each other to live out the Word, growing in the Word not just in their minds, but through their acts as well – truly incarnate faith.”

In 1886, the first Methodist school, Anglo-Chinese School, was started by Oldham at 70 Amoy Street with 13 students. They were taught English in the night and Chinese in the afternoon, hence the school’s name.

The 1972 charismatic renewal that swept through Anglo-Chinese School, and was even covered by the mainstream press, took on the moniker “The Clock Tower Revival” after the iconic clock tower at the school. The Methodist Church in Singapore now has 15 schools under its wing, including primary and secondary schools and a junior college. It also operates the Methodist School of Music.

“John Wesley stressed an inclusive spirit for all people, even the ones with whom we disagree.”

ACS alumnus, Rev Dr Gordon Wong, President of the MCS Trinity Annual Conference (TRAC), gives “three quick reasons” why he is a Methodist: “Firstly, because of the grace and providence of God. I was born into a family that worshipped God in a Methodist church, and I was sent to study in a Methodist school for 12 years – and I am grateful for this.

“Secondly, because I believe that John Wesley’s (and Methodism’s) emphasis on both ‘works of piety’ and ‘works of mercy’ as the essential marks of a faithful Christian disciple is true to Scripture and the way God created us to love God by loving our neighbour.

“Thirdly, Wesley stressed an inclusive spirit for all people, even the ones with whom we disagree.

“If Methodism can strive to show such inclusiveness and respect to those with whom we strongly disagree, then I believe we will be true to the teaching and spirit of John Wesley and Scripture.

“And I will be humbled, and happy to be called a Methodist – until the day Christ returns, and we all grow up and out of these temporary labels that still divide us.” A 1928 photo of students celebrating the Christmas Cantata at Fairfield Girls’ School, which was started by Sophia Blackmore in 1888 with eight Nonya girls.

Methodist Welfare Services was founded and registered as an Institution of Public Charter (IPC) in 1981. Its 19 centres and outreach programmes serve the poor and needy, elderly, disadvantaged children and at-risk youths, with the aim of enabling “all to have life to the full”, according to its description on giving.sg.

“‘Acts of mercy’ reminds us that ours is not, and must not be, a privatised faith. There is a social dimension.”

Elaborating on the twin pillars of piety and mercy, Rev Dr Daniel Koh, former Chairperson of the MWS Board of Governance, explains: “’Acts of piety’ remind us about the importance of being nurtured and shaped by spiritual disciplines like prayer, worship, singing spiritual songs, reading the Bible and fasting.

“‘Acts of mercy’ reminds us that ours is not, and must not be, a privatised faith. There is a social dimension where we express our faith by reaching out to people, especially those whom I refer to as the vulnerable and voiceless, the poor and powerless.

“In short, the Methodist tradition offers a way that is both Biblical and balanced, and a holiness that is both personal as well as social. And we say we can do this by the grace of God.”

The Methodist Church in Singapore became independent in 1976 from its Malaysian counterpart in a restructuring. It has had its own Bishop since.

Bishop Emeritus Rev Dr Robert Solomon, bishop from 2000 to 2012, who wrote the lyrics to ‘The People of the Way’ for MCS135, was born into a Methodist family and thus was an “accidental” Methodist.

“The different Christian denominations are like different instruments in an orchestra, all playing the same basic melody.”

“Then I began to read the writings of John Wesley and studied the wonderful hymns of Charles Wesley and became an ‘intentional Methodist’.

“I learnt to follow Jesus in the company of the Wesley brothers. The primary emphasis on the doctrine of grace in Christ, holiness through the sanctifying work of the Holy Spirit and Christian discipleship as being perfected in God’s love is what marks Methodist doctrine, devotion and discipleship.

“It expresses itself in personal and social holiness, in the central teaching of Scripture that we are to love God and our neighbours through evangelism and social ministries. This is done in the context of vibrant Christian community. “All these are reasons why I remain a Methodist, knowing that the distinctives of Methodism enrich the larger Christian community.

“The different Christian denominations are like different instruments in an orchestra, all playing the same basic melody. By celebrating our distinctives faithfully, together we contribute to the proclamation of biblical Christianity and bring out God’s manifold wisdom.”

So what makes a Methodist?

Rev Malcolm Tan, pastor-in-charge of Covenant Community Methodist Church, says: “Methodist Christianity, like other authentic Christian traditions, is rooted in the ancient faith once given to the saints (Jude 3).

“Our own salvation should move us to positively influence human society for the better.”

“It seeks to follow the catholic, apostolic and orthodox tradition which defends the divinity of our Lord Jesus Christ and the worship of the One God as the Father, Son and Holy Spirit according to the consistent witness of the New Testament.”

He affirms how, among its doctrines, the Church upholds “both personal and social holiness – that is, the redemption of society. Our own salvation should move us to positively influence human society for the better. We believe that the world can be transformed in a great measure even before the second coming of Christ. Hence we want to love God and our neighbours.

“These reasons are characteristic of Christianity in a Wesleyan expression which I have found helpful in my walk with the Lord in the life of His Church. They do not stop us from learning from others. Indeed, in the universal church of Christ, we practise the exchange of gifts with brothers and sisters in Christ from various confessions, that everything will find their unity in Christ Jesus eventually. To Him be all the glory forever.”

The Methodist Church in Singapore is continuing to write its story in the new millennium.

In its 135th year, the MCS135 anniversary celebrations committee has planned an Eat-Share-Connect programme, which aims to reach 1,000 low income individuals or families. Fundraising efforts are ongoing, with a target of $1.35 million. You can also participate by opening your home to low-income families for a meal, which you cook together using a recipe from the commemorative cookbook, Simply Good–Healthy Family Meals, by the MCS Women’s Society of Christian Service.

Find out more about the programme here. To volunteer as a befriender, email [email protected]. "Migrant workers are a part of Singapore, we can't forsake them": Help centres partner churches to distribute masks and vitamins Aggressive behaviour in schools on the rise? Here’s Christian counsel for parents of bullies