Being prophetic in an unjust world 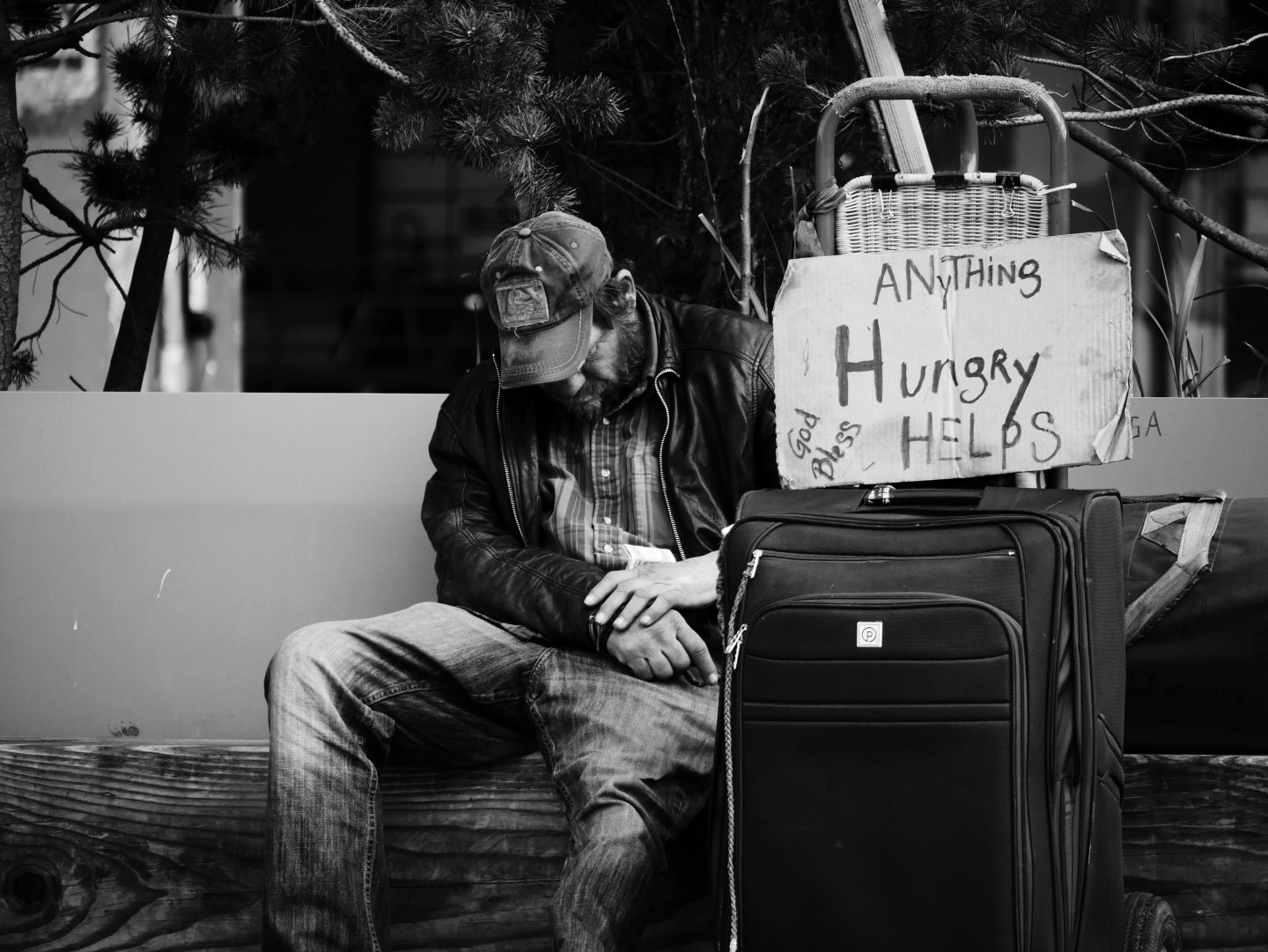 Prophets raised by God "require a good sense of social justice, an interest in human well-being, as well as courage, wisdom and the fear of God", says Rev Dr Daniel Koh. Photo by Steve Knutson on Unsplash.

For most people, prophecy and the prophetic are about the ability to look into the future.

The predictive way of understanding prophecy finds support from the Bible. It is best seen, for example, in the promise of the coming of Jesus Christ and how this was fulfilled when He was born in Bethlehem.

Long before Jesus “became flesh and dwelled among us”, the Bible already provided predictive prophecy that Jesus Christ, the incarnate Son of God, would enter human history to reveal God’s salvation plan for humanity and to teach us about the demands of the Kingdom of God.

The predictive way of understanding prophecy finds support from the Bible.

Mainly influenced and informed by this predictive understanding of prophecy, we have seen “prophets” emerging at different times in church history claiming the ability to look into the future accompanied by signs and wonders.

Today, there are a growing number of prophets spanning the US and Africa. These are usually controversial figures who attract a lot of attention and criticism. My purpose is simply to recognise their presence.

Interestingly, the predictive dimension of prophecy has also given rise to what is broadly described as “prophetic prayers and ministry”. From personal observation and as a recipient of such prophetic messages, those words are often couched in general fail-safe terms, like “God is going to use you mightily”, “Fear not for God is with you and He will protect you”, or “There is a blessing waiting for you if you keep faith in God”.

They are largely harmless words of assurance which some people may find comforting.

While there is a predictive element in the popular understanding of prophecy and prophetic ministry, what many Christians have forgotten or neglected is that prophecy, from a biblical perspective, is more than just the ability to foretell the future.

The prophetic task, primarily, is to speak on God’s behalf, dealing with a pressing issue at a given time.

It is often a responsibility entrusted by God to a person to carry out works as God’s spokesperson. In other words, most of the time a prophet is someone called, not so much to offer a prediction of the future, although there might be consequences for the future if the people fail to heed God’s words.

The prophetic task, primarily, is to speak on God’s behalf, dealing with a pressing issue in a given country, at a given time.

Such prophets, as God’s spokespersons, were raised to speak against societal evils affecting the socio-economic well-being of the people.

The prophetic injunctions were often directed at the unjust political authority, self-serving religious leaders and supposedly devout people who had turned away from God’s social ethical standards.

A prophet, then, as God’s spokesperson, is called by God for the urgent ministry of speaking words of judgement against evil and perpetrators of societal evil. This aspect of prophetic ministry may be said to be a ministry that is interested in forth-telling rather than foretelling.

Amos as an Example of a forth-telling Prophet

In Amos 1:1, we are told that he was “among the shepherds of Tekoa” when he heard and responded to God’s call for him to move to the Northern Kingdom of Israel.

While working as God’s prophet, speaking God’s word of judgement, he incurred the displeasure and anger of many powerful people. His prophetic ministry did not go well with many rich Israelites, some priests and members of the royal family.

We read in Amos 7:10 of an encounter between Amos and the resident priest of Bethel. Amaziah, the priest, confronted Amos and told him in no uncertain terms to “go, flee away to the land of Judah, and eat bread there, and prophesy there; but never again to prophesy at Bethel, for it is the king’s sanctuary…”

While speaking God’s word of judgement, Amos incurred the displeasure and anger of many powerful people.

Amaziah didn’t like what Amos was proclaiming when the prophet addressed issues of social injustice. In this confrontation, Amaziah, in fact, was telling Amos to not interfere in politics.

Shortly after the encounter, Amos was made persona non grata. He was expelled from Israel because he dared to speak on behalf of God against corruption, social evil and the superficial faith of the rich and powerful people in Israel.

Sadly, during the time of Amos the people of God had become complacent. The Kingdom of Israel was rife with corruption. There was widespread moral decay. The poor were ill-treated. So in Amos 2:6-8 (NIV), God, through His prophet Amos, denounced the Israelites with these harsh words:

“This is what the LORD says: For three sins of Israel, even for four, I will not turn back my wrath. They sell the righteous for silver, and the needy for a pair of sandals. They trample on the heads of the poor as upon the dust of the ground and deny justice to the oppressed. Father and son use the same girl and so profane my holy name. They lie down beside every altar on garments taken in pledge. In the house of their god they drink wine taken as fines.”

But that’s not all. Elsewhere in the book of Amos, we read of rich people who owned more than one property, yet cared little about the plight of the poor and powerless. God was clearly not happy with such callous behaviour from people who were supposed to know the Torah.

They thought that if they offered to God their tithes and best sacrificial offerings, they would find favour with God.

Apart from their lack of concern for moral matters, they did not care about the poor and did not attend to social injustice, so God, through His prophet, directed these words at the uncaring wealthy property-owners: “I will tear down the winter house along with the summer house; the houses adorned with ivory will be destroyed and the mansions will be abolished.” (Amos 3:15, NIV)

These religious people thought that if they attended worship regularly, made joyful sounds to the Lord, and offered to God their tithes and best sacrificial offerings, they would find favour with God.

But they got it all wrong. In fact God was not pleased at all with the devout practices of the Israelites who, on other days, exploited the poor and needy and were engaged in unscrupulous business practices.

Through the prophet, God reminded them that true faith does not separate spirituality from social ethics. That was why Amos, as God’s spokesperson, censured the unethical Israelites with these strong “forth-telling” words in Amos 5 :21-24 (NIV): “I hate, I despise your religious feasts; I cannot stand your assemblies Even though you bring me burnt offerings and grain offerings, I will not accept them. Though you bring choice fellowship offerings, I will have no regard for them. Away with the noise of your songs! I will not listen to the music of your harps. But let justice roll on like a river, Righteousness like a never-failing stream!”

A sense of social injustice

Israel under the rule of Jeroboam might have flourished initially and done exceptionally well.

Thankfully God did not forget the plight of the poor and powerless.

But in the midst of national prosperity, while the rich and powerful built new houses and lived lives of ostentatious luxury, the poor who could hardly take care of themselves were neglected and the powerless were oppressed.

Thankfully God did not forget the plight of the poor and powerless. He was concerned about the neglect of social justice and perturbed by the lack of it.

As He had heard the cries of His oppressed people in Egypt, He heard the cries of the voiceless and vulnerable in Israel. Our God who is concerned about the welfare and affairs of the world took action. He called Amos to be His forth-telling prophet.

From time to time God raises up prophets to be His spokespersons.

Such servants require a good sense of social justice, an interest in human well-being, as well as courage, wisdom and the fear of God.

Most prophets are Godly people set aside for prophetic work, not so much in the predictive foretelling sense, but more so in the unglamorous job of speaking against social injustice, corruption, moral decay and the neglect of the poor and needy in our midst.

A slope too far

This Side of Heaven Rev Dr Koh, retired lecturer in Ethics and Pastoral Theology at Trinity Theological College, serves on the Board of Governance of Methodist Welfare Services and is a pastor at Barker Road Methodist Church. He is passionate about Christian social outreach and how we may apply our Christian faith to the issues of our time.

"I honour God by honouring my students": Soul engineers who model agape love