Josephus Tan: The promise that led him to defend Annie Ee’s abusers

This is the second of two never-before-told stories of criminal lawyer Josephus Tan's faith journey. Last year, Josephus was roundly criticised and heckled online by the public for defending the couple who fatally abused 26-year-old Annie Ee. All photographs courtesy of Josephus Tan.

In order to be able to become a full-fledged lawyer, Josephus returned  to Singapore to do his law conversion course.

In 2007, Subhas Anandan had left Harry Elias for KhattarWong and Josephus knew that meant he did not have a way back to Harry Elias, where he had interned.

He plunged into doing pro bono work, clocking 1,700 hours, making him the lawyer with the most pro bono criminal cases.

But to Josephus’ surprise, he bumped into Anandan while walking along the streets one day.

Anandan asked him what he was up to and offered him a job at his new firm.

Elated, Josephus applied for a job there but was told that he may be assigned another pupil master as Anandan was not in the pink of health at the time.

Eventually, however, Josephus was assigned to complete his pupillage under Anandan, who was well known for working on high-profile cases like the Kallang body parts murder and defended criminals like Anthony Ler and Took Leng How, convicted of killing Huang Na.

Josephus was called to the Bar in 2009 and he remembered the promise he made to God in the tatty UK church years back.

“I wanted to ensure that everybody, even the underprivileged, is given a chance to right the wrongs in their lives.”

So he plunged into pro bono work, clocking 1,700 hours on cases he picked up from the Law Society’s Pro Bono Services Office in 2012, making him the lawyer with the most pro bono criminal cases.

“I wanted to ensure that everybody, even the underprivileged, is given a chance to right the wrongs in their lives,” said Josephus.
Slowly, the percentage of pro bono work he was doing increased from 30%, when he first started out, to 70%. By 2015, he  hit over 5,000 hours of pro bono work.

With a heavier load of pro bono cases and fewer commercial cases, his finances were adversely affected.

His dad was also sick and Josephus  wanted to show his love for him by giving him a comfortable life in his last years – renting for him a house, hiring a maid and buying a second-hand Mercedes for him (his favourite car). On February 16, 2013, The Straits Times published a feature on Josephus’ pro bono work, and congratulatory text messages started streaming in on his mobile phone.

Among the messages, Josephus saw one from his mother, urging him to rush to the hospital as his father was in a coma.

When Josephus arrived at the hospital, the doctor urged him to read the press article aloud to his father, to strengthen his will to live. Josephus read it out by his bedside, but by then his father could not respond.

The next day, his father died of cancer, one day short of his 70th birthday and during the Chinese New Year period.

Josephus did not shed a tear until the last rites were done. Then he broke down.

He fell into a severe bout of depression and was angry at both his earthly and heavenly fathers for abandoning him at a time when he was trying his best to help the down and out through the legal profession.

“I felt my spirit being lifted and God telling me to fight the good fight and keep the faith.”

Several months later, he went to Phuket for a break. As he was swimming in the sea, he cried out to God: “I have had enough of this rollercoaster of ups and downs. I kept my promise and did all this pro bono work but my dad died and I have not been a dutiful son.”

The moment he uttered those words, two rainbows descended from the sky into the sea in front of him.

“It wasn’t even rainy weather that day. I felt my spirit being lifted and God telling me not to give up but to fight the good fight and keep the faith,” said Josephus.

Similar to his return to Singapore from England, Josephus got back from Phuket recharged and refreshed to do the work of the Lord.

Is this the end?

Yet another hurdle came shortly after. He was approached to join politics as a possible candidate for the General Election in 2015  but was later dropped, possibly due to his image issues and financial troubles.

Last year, he went through a divorce, had a mild stroke and almost went bankrupt.

His lack of financial prudency in taking on too many pro bono cases and lavishness in spending on his father in his final years meant that he had to go hungry for days. After the launch of Invictus Law Corporation this year, Josephus and his team launched Invictus Legacy Centre, which provides affordable will-writing services to all Singaporeans.

He had debts that almost hit six figures, but he still wanted to complete his pro bono cases.

At one point, to earn additional income, he worked in pest control on international tankers – a job that a friend helped him to get.

He even worked as a dishwasher at private events.

His faith became weak. He looked out of the kitchen window of the room he was renting and, once again, he could only turn to God.

The very clients whom he helped in the pro bono cases came back to support him in his lowest moments.

Then Josephus experienced the God of miracles.

The very clients whom he helped in the pro bono cases came back to support him in his lowest moments.

They fed him, cared for him and loaned him money to start his own law firm, Invictus Law Corporation, that opened in January this year.

Invictus is Latin for “unconquerable” and “undefeated”.

It reminds Josephus to have an unconquerable belief in God and to trust in His faithfulness and love every day.

That unshakeable belief continues to anchor him even in the most trying of times.

Last year, Josephus was not only heckled online by the public, but also questioned by friends and relatives for defending the couple who fatally abused 26-year-old Annie Ee, a waitress who had intellectual disabilities.

In December last year, Annie Ee’s flatmate, Tan, was sentenced to 16½ years’ jail, while Pua was given 14 years’ jail and 14 strokes of the cane by the High Court after they pleaded guilty for their “extremely cruel and inhumane abuse” of Ee over eight months.

Tan and Pua were initially charged with murder, but Josephus’ representation as their lawyer helped reduce the main charge to “voluntarily causing grievous hurt”. A “Father’s Day” message to a grateful young woman whom he defended under the Criminal Legal Aid Scheme and who regarded him as a father figure.

Some people have difficulty reconciling the Christian faith with the work of criminal defence lawyers, which may seek to represent guilt as innocence.

But for Josephus, who took on the case pro bono, his stand on this matter is clear: He cites the example of John 8, where Jesus did not condemn the woman who was caught in adultery but urged her to leave her life of sin.

“Anyone is innocent until proven guilty and everyone should have access to a proper defence, however heinous his offence is.”

To the Pharisees who said that the law required them to stone such women, Jesus responded with: “Let him who is without sin among you be the first to throw a stone at her.” (John 8:7)

Likewise, Josephus said it is not for him to judge the actions of another but to do his due diligence in presenting the facts of the case and defending them to the best of his ability.

“That is the godly thing to do because anyone is innocent until proven guilty and everyone should have access to a proper defence, however heinous his offence is,” said Josephus, who has defended rapists, paedophiles, drug abusers, murderers and animal abusers over the years.

“It is just like a doctor treating his patients – he doesn’t ask if she is a prostitute or swindler before treating her,” he added.

He quickly clarified that he is not a devil’s advocate who defends people without a conscience.

Unknown to the public, he does reprimand his clients so that they understand the severity of their actions and counsels them, hoping to point them towards the straight and narrow, after their legal cases have been settled. Speaking to over 300 students at the Temasek Secondary School leadership convention.

He also practises what he preaches when it comes to his firm belief in giving second chances.

One of his clients, a young man who was sent to probation for cheating, was keen to become a lawyer after he finished school and Josephus took him in as an intern in his law firm.

He sees himself as the prodigal son who has been wayward but has been given so many second chances.

It is no wonder that the three parables in Luke 15 have a special place in Josephus’ heart.

He sees himself as the prodigal son (Luke 15:11-32) who has been wayward but has been given so many second chances, by God and his loved ones, to return home.

As Josephus defends one case after another in the courtroom, seeking to serve the outcasts of society one life at a time, he remembers this verse that informs his actions:

“I tell you that in the same way there will be more rejoicing in heaven over one sinner who repents than over 99 righteous persons who do not need to repent.” (Luke 15:7)

This is the second of two never-before-told stories of criminal lawyer Josephus Tan’s faith journey. To read the first part on his troubled youth and his promise to God, click here. Joseph's take: Suffering can be fruitful 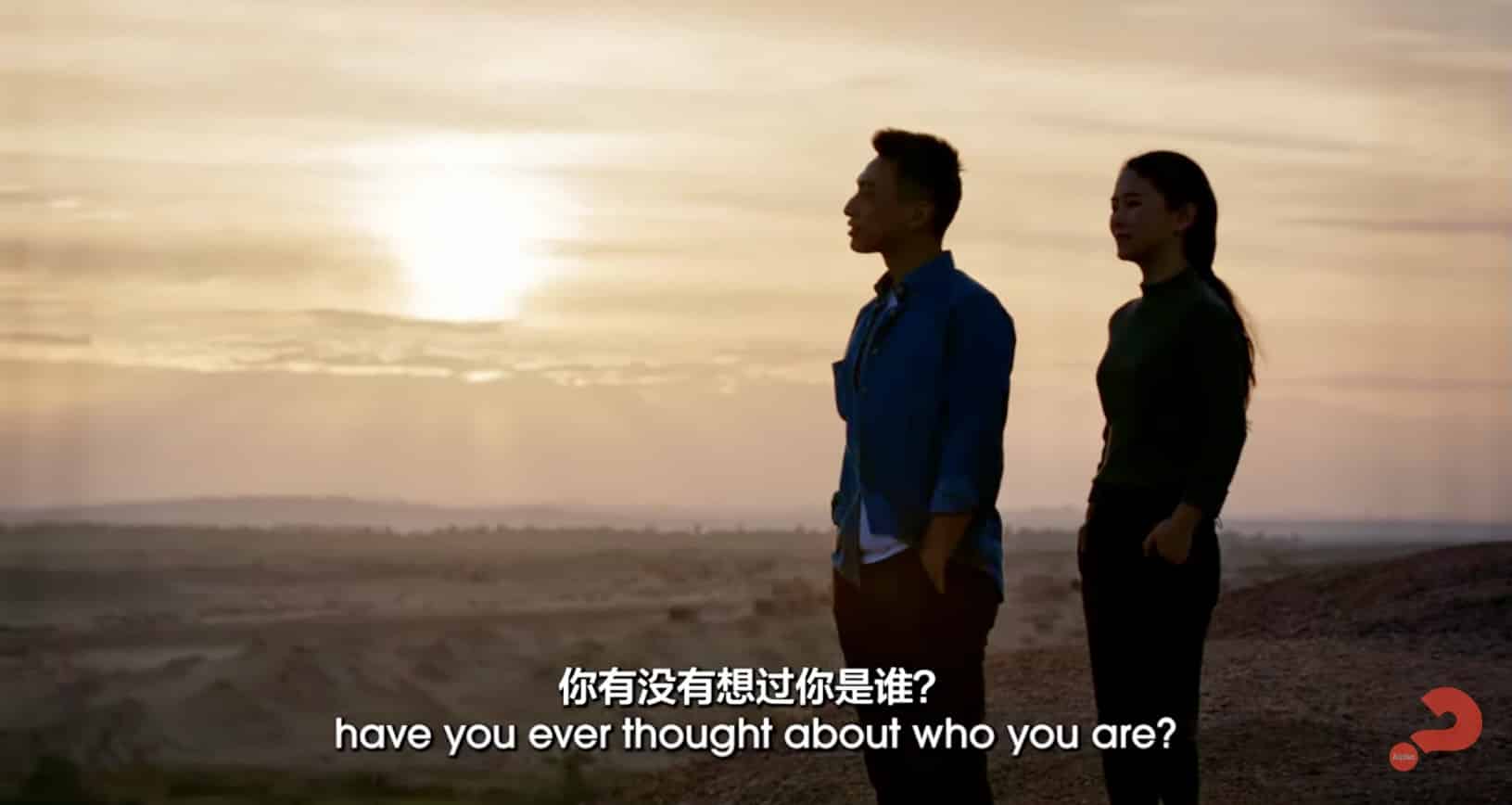