"Christians love strangers because we were loved by the Father when we were strangers. As welcomed strangers, we should be quick to learn to welcome other strangers. We reveal God in that way – through our kindness and through our love and acceptance and our welcome," said Joseph Chean of Youth With A Mission (YWAM). Photo by Marcus Chow.

The first time I did my GCE O levels, I failed – and attempted suicide. In the midst of my lost-ness during my repeated year, I met a classmate who taught me every bad thing that I ever learned.

After my second attempt at the O levels – which I also failed – we went our different ways. Through a divine situation two years later, at the age of 18, he bumped into me on the street.

He had given his life to Christ by then, and felt so guilty that he had taught me all the bad things he had learned in life that he had prayed to God about me.

That very day, he brought me to a Christian meeting and that was how I became a Christian.

But I was in such a difficult place with my own family that home was not a place I longed to go back to. My classmate thus brought me back to his home, where I met Mr and Mrs Wee.

The Wees lived in a three-room flat in Toa Payoh with three sons. After hearing my story, Mrs Wee said to me: “Come and be with us. Come and eat with us.”

I did. I stayed with them for three years.

They were not wealthy but they opened their home and let me live with them.

They were not a wealthy family but they opened up their home and let me live with them. People slept on the floor wherever there was a space, and the food we ate was very simple. They cooked whatever they had, and would open another can of luncheon meat just so that everybody could have something to eat.

Every night after dinner, Mr Wee would take out his song books – during that time, it was the Songs of Praise and Songs of the Kingdom books – and would sing from number one to number 200.

All of us would sit down and sing with him. There was food, fellowship, singing, conversation and lots of love.

As a result of living with them for three years, I changed. My whole life was so transformed. And all they did was create the room and the space for me to be part of the family.

They had no clue that this young boy would one day become the national director of YWAM and have an impact in many nations – all because they were willing to open their doors to me and accept me and be willing to show me what it means to be family.

They opened their doors to me and were willing to show me what it meant to be family.

They never did Bible study with me, with the exception of my classmate.

In my church then, we mostly had foreign speakers from England, Australia and New Zealand. My English was so poor that I could not understand their heavy accents. My classmate had to re-preach the messages to me every Sunday.

And I’m a very poor reader. My classmate would read a book and tell me what it said. He did this with me all through the three years I lived with his family.

Subsequently, I became a youth pastor from 1989 to 1997 and then a Chaplain’s Assistant in St Andrew’s School.

During those years at the school, a young man named Nelson was a student in the Normal class. In Sec 5, he was a totally lost youth. His parents were divorced, and his mother had custody of him.

Would you look after my son?

When she decided to go overseas to work, she bought a five-room flat and asked Nelson to live there by himself! She then came to me and asked: “Would you look after my son? Would you become his guardian?”

All throughout the Bible you will find hospitality as a virtue within the lives of the people, as it is in God’s heart. Why is it so important?

It’s about inviting outsiders into our space, in the hope of showing them Jesus is there.

John Piper preached a message titled Strategic Hospitality in 1985. He said that for the people of God in the Old Testament, the duty of hospitality came right from the centre of God’s character.

“Therefore, you shall love the stranger as yourself.”

He paraphrased: “I am the Lord your God who made a home for you and brought you there with all My might and all My soul. Therefore, you shall love the stranger as yourself, you shall be holy as I am holy. Your values shall mirror My values.”

The heart of hospitality is seeking the well-being of the guest. We seek to care for the physical, spiritual and emotional need. There is power when God’s people are able to engage at both levels of being a Martha and a Mary (Luke 10:38-42). Both are important.

Streams of hospitality flow deeply from the well of God. Christians love strangers because we were loved by the Father when we were strangers. As welcomed strangers, we should be quick to learn to welcome other strangers.

Is there an extra seat at your dining table where strangers can have a meal?

God’s message has always been delivered over a dining table or a bonfire, over the creation of intentional conversation. We reveal God in that way – through our kindness and through our love and acceptance and our welcome.

Is there an extra seat at your dining table where strangers can be invited to have a meal? Is there a safe space in our Church where strangers would feel welcomed, accepted and belonged? Is there room in our hearts, where we make space to embrace a stranger and truly love our neighbour as much as we love ourselves?

Joseph Chean shared his testimony as part of his sermon titled, Who Is My Neighbour? The Hospitable God at Pentecost Methodist Church. YWAM Singapore is a vibrant, international discipling community committed to raising a harvest force of missionaries into Asia. Joseph Chean is the National Director of YWAM Singapore. He has been in YWAM since 1997.

"They treated me like a son": How kindness awakens the Love we all long for

"We're on the threshold of a new spiritual season": Pastor in China reflects on disbanding his underground church 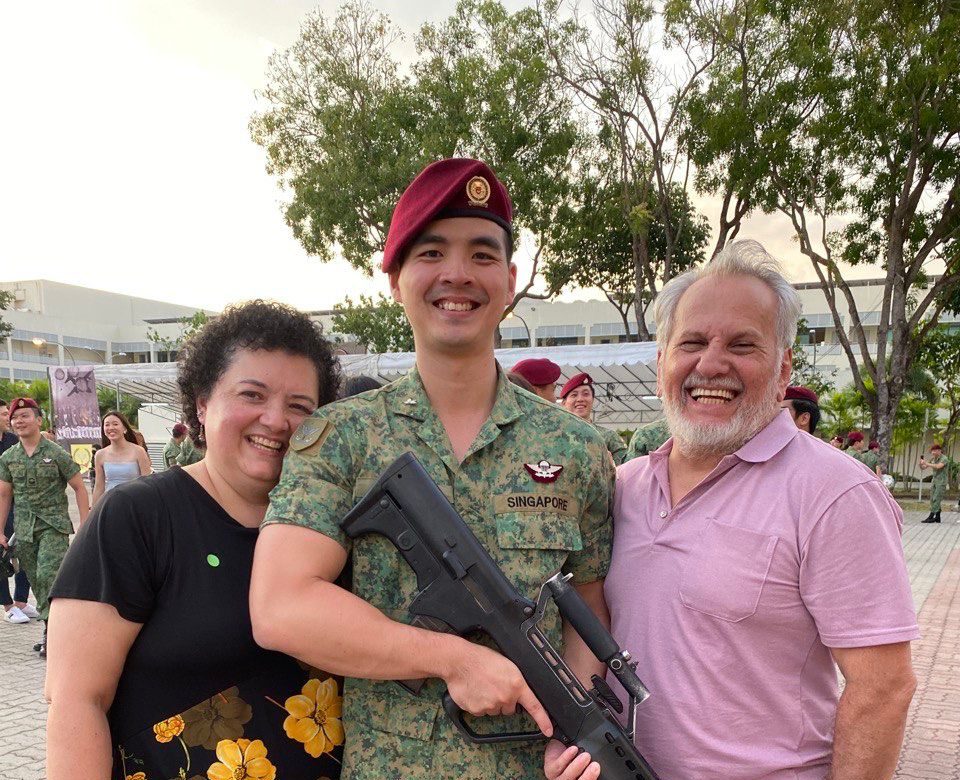