In an article published today in the Straits Times, Associate Editor Chua Mui Hoong warned Christians to “face up to the extremist fringe of Christian ideologies”.

While writing that “church leaders in Singapore tend to be moderate in their teachings,” she loosely associates right-wing ideology and Christianity. From using terms such as “Christian supremacists”, “right wing-extremists … who espouse Christian origins”, and “Christian extremism”, she argues that Christianity has a dangerous, violent fringe.

“It is not helpful,” she says of Christians who find that the threat related to this extremism has “nothing to do with Singapore”. “Denial is dangerous,” she adds before asking for Christians and church leaders to “wake up to the latent threat from right-wing extremism”.

After making a sweeping assertion that “many right-wing ideas are based on beliefs in Christian or white supremacy”, she goes on to quote some Singaporeans who asked if some church teachings, including “the belief that Christianity is the only religion which ensures salvation are conducive to religious harmony, if they are used to as a basis for proselytising”.

Her message is clear: Christians should not disavow such right-wing extremism from Singapore’s Christian community. It’s a Christian problem that the Singaporean Christians must own.

I find her concerns unfounded in practice and principle.

Practically speaking, we have absolutely no idea whether Christian beliefs motivated the teen’s violent plans. There is no evidence to suggest it, short of more information about his views being released to clear the air.

Faith as practised in Singapore is different from elsewhere, where far-right ideologies are linked with unorthodox iterations of Christianity.

It would be too easy to associate Singapore’s Christian community with his radicalisation – but even if it turns out that the boy professed a link between his Christian faith and his violent plans, it plainly contradicts the peaceful teachings of the church in Singapore and globally.

There is a strong case to be made that the faith as practised in Singapore is different from in other Western democracies, where far-right ideologies are linked with unorthodox iterations of Christianity. Chua herself states that the conflation is usually between “white or Western culture” with “Christianity”, but in any case this conflation is not strongly present here.

It’s not predominantly white, or Western; there are strong communities of Christians in most ethnicities. Churches here are registered entities, and all our public leaders are subject to our religious harmony laws. Our Christianity has been marked by events showing a clear regard for harmony – pastors have apologised either for preaching too strongly against another religion, or for inviting preachers who have made hurtful comments.

In principle, these Christians Chua interviewed have merely stated the truth. The radicalised youth had nothing to do with Singapore’s Christian community in particular.

As she herself acknowledges, the authorities here stressed “this was an isolated case of a youth working alone”. It is thus strange that she calls for the Christians here to face up to our “extremist fringe”.

The Singaporean Christian community should not feel guilty about distancing ourselves from the teachings of those that influenced the boy’s extremist plans. Unless there’s further information that ties the local faith to such radicalisation, based on current evidence, it would be premature to say it’s a problem within our faith.

There’s a case to be made that her article might easily lead to animus against religions which preach an exclusive path to salvation, as Christianity does.

In the context of her loosely associating violent, far-right movements with the religion, she writes about how people question whether Christianity’s exclusivist teachings are against religious harmony, with what feels like clearly negative connotations on absolute beliefs. She further paints local Christians as complacent and dangerous in their denial of the issue.

To combat radicalisation, we must be radical in our faith.

She’s entitled to her beliefs and biases, but she is not the only arbiter to decide whether such criticisms are fair.

Even if some agree with Chua that there is a push, globally, towards exclusivism and violence that involves professing Christians, it would also be fair to say not all exclusivism leads to violence. And that just because it happens elsewhere doesn’t mean churches here are on that same trajectory.

Should Christians dilute the exclusivity of their teachings to fight against extremism? I’d argue that the converse is true.

Singapore’s Christians must continue to speak the truth about Christ and not water it down. Preaching Christ is to declare that such violent ideologies are not part of the Christian faith.

Jesus, around whom Christianity is centred, came to save, to give life, to heal, and to bring peace. There is absolutely no basis in the bible, when read correctly and in context, that promotes violence against non-believers. Such violence is a sin; Jesus was Himself murdered.

To combat radicalisation, we must be radical in our faith. Because extreme Christianity will produce people like Jesus – who never harmed anyone in His life on earth.

The author is a Singaporean and a keen follower of local news and politics.

Toss up blessings with your lo hei this CNY 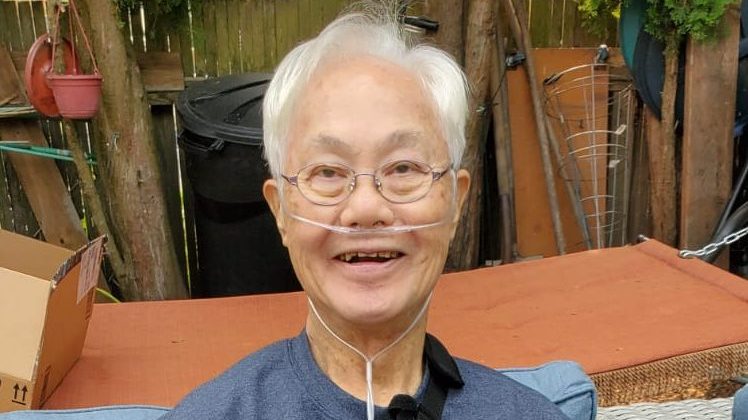